12 Sun Devils off on global adventures through Fulbright program

Twelve Arizona State University graduates are embarking upon an adventure of a lifetime through the Fulbright U.S. Student program as they begin arriving in their host countries over the next few weeks.

Some, like Claire Agee, have already arrived in their host countries. After an 18-hour journey, the May 2022 graduate arrived in Lappeenranta, Finland, on Aug. 9, where she will soon begin a master’s degree in sustainable supply chain management at LUT university.

“I’m so excited,” Agee said. “My hobbies are hiking and entomology, which makes the land of forests a perfect place for me to explore.” 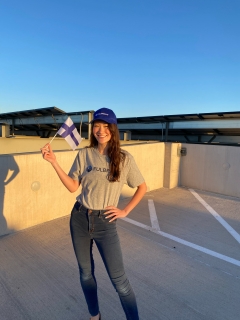 Sponsored by the U.S. Department of State, the Fulbright Program is the largest and most comprehensive academic exchange program in the world. Of the over 8,000 Fulbright grants awarded each year, 2,200 provide full funding for U.S. college graduates to pursue yearlong research, study or teaching projects abroad.

“There’s really nothing that compares to the Fulbright experience,” says Kyle Mox, associate dean for national scholarships at ASU. “Every Fulbright alumni I know describes it as one of the best years of their life.”

As the designated Fulbright program advisor for ASU, Mox oversees all aspects of the Fulbright application process. In March of each year, the Lorraine W. Frank Office of National Scholarships Advisement begins the recruiting and advising cycle for Fulbright with a series of events and workshops in anticipation of the application launch on April 1. Throughout the spring and summer, applicants meet with ONSA staff to explore award options, select countries and begin drafting their application essays.

“On average, successful applicants will have at least seven drafts of their proposal essays reviewed by someone at ONSA,” Mox says. “And that’s not counting drafts that they share with their faculty mentors or in our peer review writing workshops.”

Following a mid-September campus deadline, the 50 to 80 ASU applicants then participate in on-campus interviews with faculty and staff committees who evaluate the applicants and provide final suggestions for revision before the final mid-October submission deadline.

“I don’t think a lot of people realize how elaborate of a process it is,” Mox says. “An applicant could easily spend over 100 hours perfecting an application. Submitting a Fulbright application is a major accomplishment on its own.”

Over the years, the hard work of ASU students, faculty and staff has paid major dividends: in 11 of the past 12 competition cycles, ASU has ranked as a “top producer” of Fulbright recipients, ranking as high as third overall for U.S. research universities in 2013.

“What’s more remarkable is that ASU is generally the second-ranked public university overall,” says Mox, who also is director of the Lorraine W. Frank Office of National Scholarships Advisement.

“All of the other top-producing universities are elite private institutions like Harvard, Yale and Princeton. I don’t think our own students appreciate how well they’re doing on a national level.”

Fulbright projects vary widely. For instance, while Agee will be using her award to fund the pursuit of a graduate degree in Finland, Esther Almazan, who graduated in 2020 with a Master of Fine Arts in theater, will be conducting a performing arts project, “Yaqui and Béloideas: Yoeme and Irish in Conversation,” in collaboration with Irish scholars, artists and students. 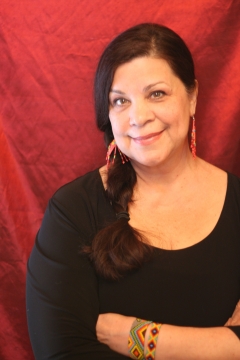 During her year in Ireland, Almazan will conduct writing workshops and produce a dramatic piece that integrates memories, family legends and other personal narratives to compare and contrast the lived experiences of Native Americans and native Irish people. Her year will culminate in a live performance at the O’Donoghu Theatre at the National University of Ireland in Galway.

“I was inspired by the reciprocal generosity of Native Americans sending money to the Irish people during the Great Famine and the recent largesse of the Irish people to the Diné and Hopi tribes of Arizona struggling to survive COVID-19,” Almazon wrote in her proposal.

She hopes to explore the affinity between these two communities through creative performance.

“I’m excited to meet native Irish and to immerse myself in their stories and experiences,” she says.

“And I’m eager to hear their narratives and let myself be inspired to write my next play. I’ll also have a research space at the Moore Institute for Research in the Humanities, which makes me feel very fancy!”

Many ASU Fulbrighters opt for the English teaching assistant awards, or ETAs, which place them in English-language classrooms around the world, where they serve as cultural ambassadors and help the lead teachers devise lessons on American culture and conversational English.

“I’m really looking forward to immersing myself in the community and building relationships with students and neighbors,” says Cristian Payan, who will serve as an ETA in Mexico. Payan, who completed a master’s degree in legal studies at ASU in 2019, will draw on his experience as a volunteer with the International Rescue Committee, where he helped refugees study for their U.S. citizenship tests, as well as the leadership skills he honed in the U.S. Army and as a college soccer player.

“Serving as a Fulbright ETA is an opportunity to teach practical and business-English to low-income communities in rural Mexico, while simultaneously giving back the same free education to others that I got through the Army,” Payan wrote in his application. 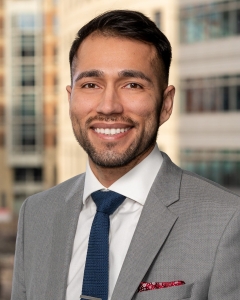 During his Fulbright year, Payan hopes to develop the cross-cultural communication skills he will need to excel as a diplomacy officer with the U.S. Foreign Service.

For many, the prospect of a Fulbright award is an opportunity to bridge their personal background with their professional aspirations. For example, Danielle Brister has been awarded a Fulbright for a master’s degree in global health at National Taiwan University in Taipei, in preparation for an MD/PhD in epidemiology and a career with the U.S. Centers for Disease Control and Prevention.

But for Brister, who graduated from ASU in May 2022 with degrees in chemistry, biology and global health, the Fulbright year will be much more than an academic stepping stone.

“Many do not know this, but I was actually adopted from China,” she says. “I therefore see living in Taiwan as a special opportunity to call another country home by engaging in an unfamiliar culture, enhancing my Chinese language skills, and connecting with people that lead completely different lifestyles than myself. I’ll be able to build a whole new social, academic and professional community. At the same time, I hope to learn more about myself and my ethnic heritage on a deeper level that I have never been able to fully explore.”

The graduates’ departure comes after a long process. Following the mid-October submission deadline, applications are reviewed by a National Screening Committee, who then identifies semi-finalists to be reviewed by the Fulbright Commissions of the host countries. Awardees are notified throughout March and April, almost an entire year after the start of the process.

“The end of the application process is just the start of another story,” Mox says. “The weeks before departure can be a whirlwind.”

“It’s been a mixture of preparation and fun,” Agee says.

“I have probably spent another hundred hours getting my documents ready, getting my residency permit, and getting my bags and travel itinerary in order. But I’ve also found plenty of time in between to research exactly what extra excursions I wanted to do while in Finland.” 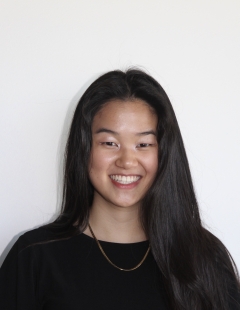 “This summer has definitely been one of the busiest,” Brister says. “I mainly worked on applying for a Taiwan resident visa and on packing my two giant suitcases. I also have tried to see as many people as possible here before I leave. Honestly, the feeling that I am moving out of the country still hasn't completely set in yet – I still need someone to wake me up, since it feels like a dream!”

Given the uncertainty of the months ahead, the ASU Fulbrighters suffer some anxiety, although it is outweighed by the excitement over the adventures ahead.

“I’m nervous about finding a place to live,” Almazon says.

“There is a housing crisis in Ireland, especially in Galway. But I can’t wait to hear stories that are surprising and fascinating from people who need to be heard. I hope to learn about the connection of native Irish and Native Americans and gain a better sense of their mutual generosity and support.”

Agee admits that she is concerned about surviving the notoriously cold Finnish winters.

“I’ve only ever lived in Dallas and Arizona. I have no idea what it’s going to be like. But I also look forward to making a lot of friends and setting a good example of American and Finnish intercultural relations. I want to experience all of the things the country has to offer, whether it is hiking, local foods or unique holidays," she says. "I want to become a worldlier person so that I have a broader knowledge not just of international supply chains, but of peoples’ different viewpoints and values in business.”

“And I’ve never been to Taiwan, let alone Asia, so I’m a little nervous about moving and living in a whole new country. At the same time though, it’s extremely exciting as I see this turning point in my life as an adventure and an opportunity to get pushed out of my comfort zone and to grow as a person over the next two years. I can’t wait to explore the food scene and life in Taipei, improve my Chinese and play violin in the university's symphony.”

“I do have expectations that I’d like to meet. And I want to be sure that my students get the most out of the experience. But overall, I hope to always grow as a person," Payan says.

“And I'd also like to make sure I can help someone with their dreams like people have helped me.”

The next deadline is Sept. 13, when recent ASU graduates must submit completed application materials. Those interested in applying in future cycles can visit fulbright.asu.edu for an overview of the timeline and process.