Courts around the United States are starting to see an alarming uptick in tenant eviction filings, and the situation is headed toward catastrophe according to a recent New York Times article.

President Joe Biden’s extension of an eviction moratorium was ruled unconstitutional by the Supreme Court in August, and now more people are facing homelessness or are seeking cheaper rents in places they might not want to live.

Biden spent more than $46.5 billion during the pandemic to ensure that tenants could shelter in place and stay safe, but the ruling is now forcing them to make alternative plans. Even worse, there is no end in sight regarding the issue, according to a researcher quoted in the New York Times article.

ASU News turned to Mark Stapp for his insights into this emerging crisis. Stapp is the executive director of the W. P. Carey School of Business Master of Real Estate Development program and has been involved in planning, investing in, developing and consulting on real estate for 32 years. 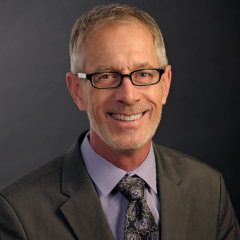 Question: Was allowing people to not pay rent or get evicted during the pandemic a good idea, given that the situation today seems to be spiraling in cities throughout the United States?

Answer: I think the answer is yes. It was necessary. This is a difficult situation made more difficult by a housing market much stronger than had been anticipated several years ago. A lot of this was predictable. We live in a very strong private-property-rights country, and when we discuss eviction moratoriums, we’re talking about the government interfering with private contracts. That’s what it boils down to and why this is hard. I realize landlords had a loss, too. So, should we not allow the government to interfere with private contracts and just let people suffer because they have no place to go? No, the social costs would be much higher. I think having a significant segment of the population get evicted would have created a significant community problem resulting in a bigger impact on the economy.

Many of those at risk are people who don’t have an alternative place to live and are suffering all sorts of other ills that cost society more. Mass eviction would have made matters much worse. Do we find a way to have the government help by avoiding those significant social ills? I believe the answer is that it’s far to better to do so — it's far more costly in the long run not to do so, and it's more also more humane. The moratorium has allowed a significant number of people to at least gain some financial footing again. But some are finding themselves in a position where they have no solution right now. We're going to see evictions continue to rise. There are many reasons for this, and part of the problem is that the resources targeted to help these people haven't always been effectively distributed. In some cases, no resources exist or it is hard for people to find them and it’s hard for the government to get it out to people.

Q: Did the government's interference in this scenario allow a winners-and-losers scenario? A lot of landlords have complained they have not been reimbursed by the government, and some have even claimed they have gone broke and are now out on the streets.

A: That’s a legitimate question, but I don't think this is a winners-and-losers scenario because those people who are facing possible eviction aren't necessarily winners even if they were able to remain in their units for a year. To categorize those who receive benefits because of an unpredictable event and risk living on the streets for no fault of their own as winners simply because they've got some sort of government help is misunderstanding their situation. These people are not winning; they are surviving.

Now, did landlords pay a price? Absolutely, they paid a price. Were there some tenants that took advantage of the situation? Sure. There’s always those who do. But some landlords took advantage of it, too. There's possible perverse action on both sides of this equation, so that is not a reason to not help. But what's the consequence to the landlord? What we have here is a situation where you must look fully at what the consequences would have been if you let it run its course and allowed evictions. Would landlords have been able to rent all those units, or would we have had a collapse of and damage to the economy and society where rents began to fall anyway? I don't know the answer, but it was plausible. My point is we could have had a much bigger impact on the economy maybe resulting in landlords in the same financial place they are now or possibly worse. You’d have to run on some form or counterfactual analysis to determine this.

Q: This situation doesn't sound like it's going to correct itself anytime soon given that the housing and rental market prices aren’t coming down unless there’s a market collapse like during the Great Recession.

A: You are correct. The housing market is hot. So, when we talk about evictions, we're talking about renters. Let me pause one second because there's an important distinction here. The housing market constitutes both owners and renters, and this market affects both. But, for an owner who finds themself in financial stress as a result of the inability to pay their mortgage, they have a possible solution in this market. Their possible solution: They can easily sell their house. I think one of the positive roles that iBuyers and institutional, single-family-for-rent buyers have in the market is they allow people to easily get out of their houses without being underwater and risking foreclosure. But now what happens to those people when they have to sell their house? They further exacerbate the rental side of the marketplace, because now you get a bunch of people pushing into the rental market, and that increases demand on a tight supply. But the evicted renter has no easy solution.

My point is this: We must recognize that this is a system, and when you impact one part of the system you may affect other parts. And there's no difference here. What happens when people are evicted? They've got to live someplace, so where do they live? And the answer is, "I don't know," because the housing market is so tight, there's little inventory to allow people to make that choice, especially at the low end. Then you end up with what we call working poor or people that are so severely housing burdened because they must choose a solution that provides them with no safety margin in their financial world or no place to live at all. And we're not talking about people who are not, or do not want to work. We're talking about people our community depends upon like service workers, phlebotomists, X-ray techs, first responders, professional people who we depend on. This influences the entire community in general — it’s a social issue, and these social issues impact the economy, too. So, if a business owner does not have a social conscience they should still care because these are their employees who they may know.

How do you build a resilient, desirable, supportive, diverse place without being able to create an environment whose very people being affected by this can prosper? That's the difficulty in a tight housing market. Without some policy changes, we’re not going to find an easy solution.

Q: Do these policy changes need to happen on the federal or local level to correct this situation?

A: These are mostly local problems, but they also require federal support to ensure comprehensive housing policies on a local level because the issues that most affect the marketplace are local. Most of the regulations that really impact the marketplace are those emanating from local policymakers — state, county and local jurisdictions (cities and towns). I think you must start with the political leadership that occurs at the state level where you're driving a state housing policy that is done in concert with local jurisdictions. So, we have to start with leadership at the top. The private marketplace cannot solve this problem.

The Legislature did pass a state affordable-housing tax credit that supplements the federal low-income housing tax credit. That is good but not nearly enough because it helps no one who today, or next week or next year needs affordable housing. It takes more. We’ve got to get money out to the market, but local jurisdictions have a profound impact on the ability to build more affordable housing because of local zoning laws and the discretion of elected officials to approve higher-density and rental projects. But there's stigmatization when you begin talking about developing multi-family housing. There’s pushback from community members who don't like it. They believe that it's going to cause an increase in traffic and it's going to be evil people living in apartments and affordable housing and oh my gosh, that would be terrible. The bottom line is you must have the political will to support it at the local level.

Q: How long do you think it’ll take to get this under control?

A: Listen, you can't build your way out of this. This is the difficult part. We will not build ourselves out of this right now. If metro Phoenix continues to grow at the rate it is, we continue to generate more demand than supply. We may be able to do so over 10 years, but the problem that exists now has its roots in the Great Recession in a response to what had occurred. We have been underbuilt for so many years that you can't make that up quickly. So, we must find other ways to help solve the problem. Government has to find mechanisms to allow people to get out from underneath being housing burdened, specifically evictions. This is a monetary issue, pure and simple. The only way you solve the problem is to find solutions either through tax incentives, incentives for development, tax breaks of some sort or incentives for landlords or some mechanism that helps people to make up the gap in what they can afford or combination of things. If we do not solve the problem, we will have a significant social problem with much higher economic and human costs.